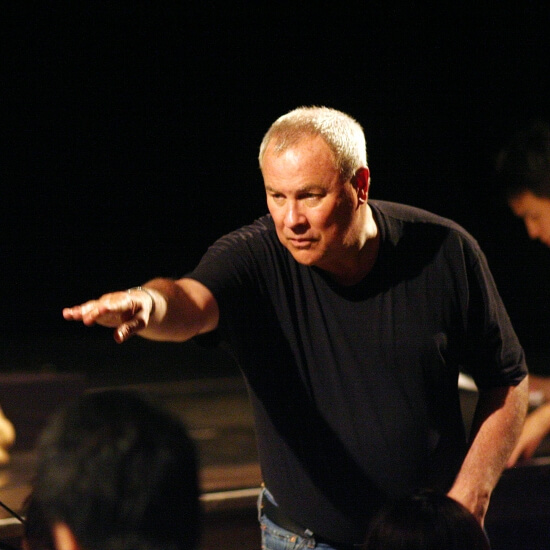 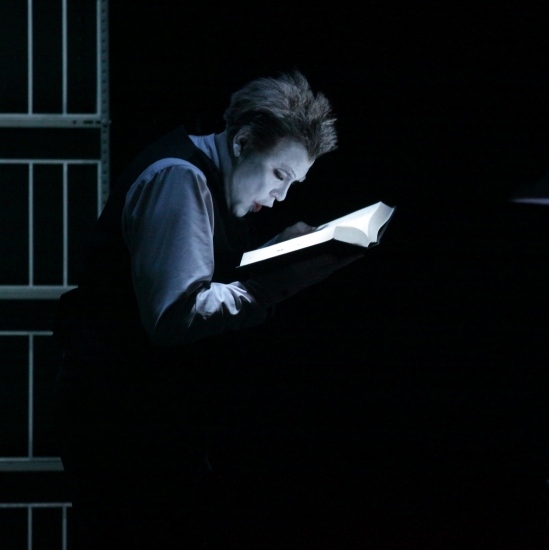 Samuel Beckett’s Krapp’s Last Tape is a solo/dialogue. One actor onstage carries on a conversation with his own voice recorded many years before. An old man sitting alone in his ‘den’ on his birthday gets ready to make a recording about the past year of his life, as he has done on every birthday since he was a young man. Getting ready to make the new recording, he listens to a recording he made some 30 years before, at the end of a year that was perhaps the last truly happy one in his life. Bitter, funny, ironic, he finds it hard to recognize himself in the brash, romantic, confident voice of his youth.

Robert Wilson not only directs and designs, but also performs the work, his first appearance as an actor since his Hamlet: A Monologue (last performed in 2000). The work provides a unique opportunity for his performing talent, being a blend of his signature highly detailed and rigorous integration of movement, lighting and sound, and within that framework, a structure that leaves a great deal of freedom for the spontaneity of response that makes his live performance so exciting.

Wilson has often been compared with Beckett, both being masters of the stark simplicity that is one of the most difficult artistic achievements. Nothing is extraneous, not a word, not a movement. In the brief hour of this work, Beckett and Wilson in a few simple strokes paint a vision of the world that is very particular and at the same time universal.
Sue Jane Stoker