The Theatre Olympics The World as a Place of Truth

Founded in 1993 in Delphi, Greece, the Theatre Olympics is an international theatre festival that stages the work of some of the world’s foremost theatre makers. The event is the brainchild of Greek director Theodoros Terzopoulos, Chairman of the International Committee of Theatre Olympics.

The motto of this year’s edition, The World as a Place of Truth, is a paraphrase of the title of the speech that Jerzy Grotowski gave in 1976 (published in 1979), in which the founder of the Laboratory Theatre contends that ‘We enter the world to pass through it. We are tested by the world, and the world is a place of truth. In any case, the world should be a place of truth.’

According to Theodoros Terzopoulos, many questions are being asked about the nature of today’s theatre, its changing function and its future. This is why the 7th Theatre Olympics stands in defence of tradition, but also encourages free expression and recognises the need for theatre research and experimentation. The Olympics is founded on the principle of openness to the tradition of the host location. The host has the opportunity to showcase local work in theatre and other performing arts.

The programme of the 2016 Theatre Olympics includes:

Among the artists invited to present their work as part of the Main Section are: Eugenio Barba, Peter Brook, Romeo Castellucci, Pippo Delbono, Jan Fabre, Valery Fokin, Heiner Goebbels, Liu Libin, Krystian Lupa, Eimuntas Nekrošius, Tadashi Suzuki, Theodoros Terzopoulos and Robert Wilson. They will bring to Wrocław both acclaimed work as well as premiere performances and co-productions created especially for the European Capital of Culture Wrocław 2016. The Main Section will feature 17 theatre productions with performances spread over four weeks as part of an autumn season. In addition, invited directors will give talks on their artistic credos and take part in conversations with researchers, co-creators and artists from Poland and abroad, discussing the ideas that drive their work, as part of The Truth and Nothing but the Truth series.

The International Committee of Theatre Olympics 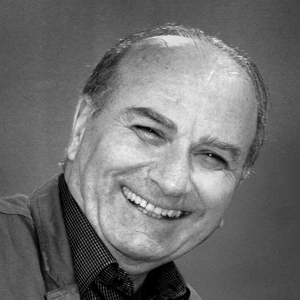 Theodoros Terzopoulos, Chairman of the International Committee of Theatre Olympics 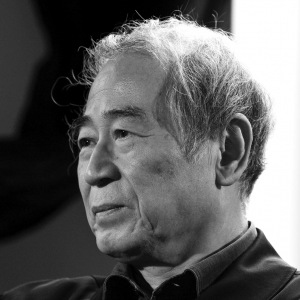 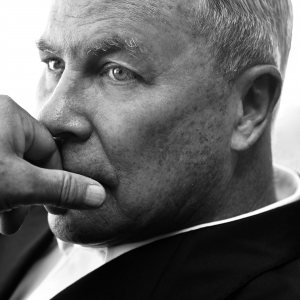 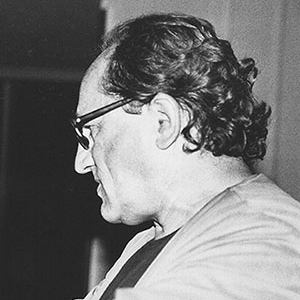 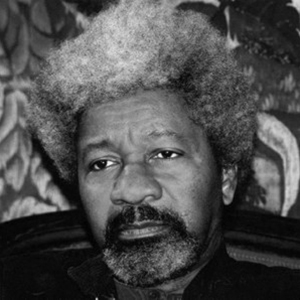 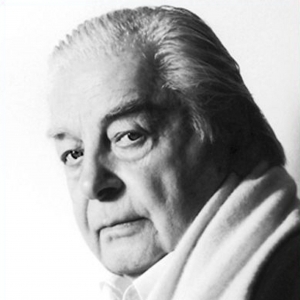 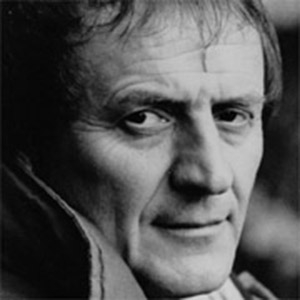 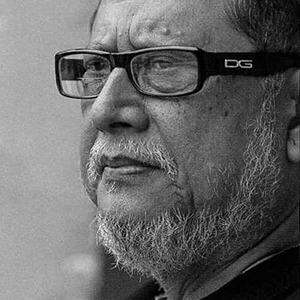 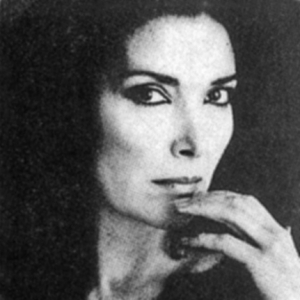 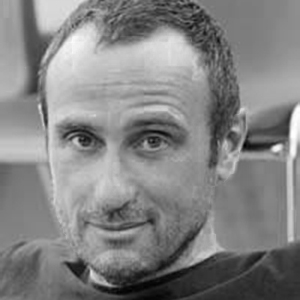 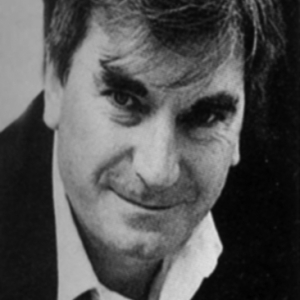 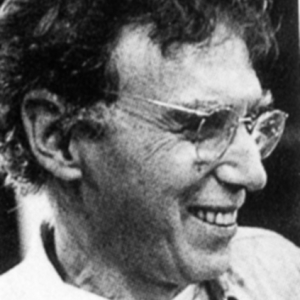 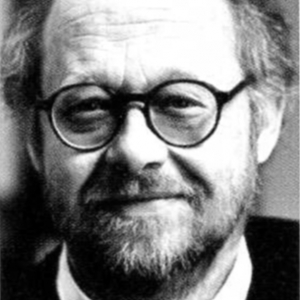 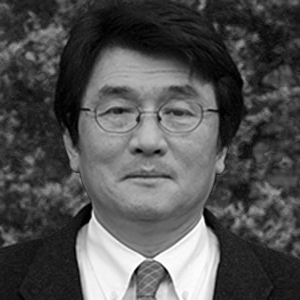 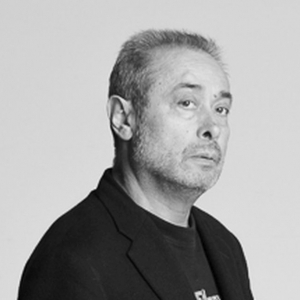 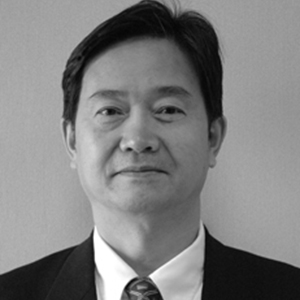 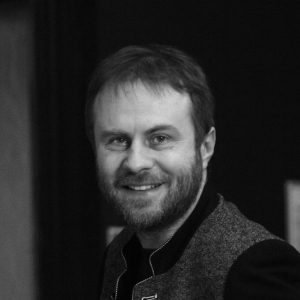 The festival has had six editions, each with a different motto. The host cities included:

We live in a network society where the concept of human contact and communication has undergone a radical change as telecommunications and the internet enjoy absolute primacy. National cultures are getting wired and risk losing their identity. One would expect that the closer contact and better communication between nations would create greater harmony and foster a spirit of co-existence, but the polar opposite happens: suspicion and doubt are on the rise. Globalisation undermines, or even destroys the local. Theatre tends to have no fixed points of reference, roots or national attributes. It seems to be dislocated and the boundaries between national cultures become fluid. Many questions are asked about the nature of today’s theatre, about its changing function and objectives and about its future. In the context of the dead-end that globalisation has forced upon us and of the pogroms and destruction, whether deliberate or unpredictable, it has wrought, the 7th Theatre Olympics encourages free expression and defends the importance of tradition but at the same time supports the demand for theatre research and experimentation conducted within the framework of contemporary dynamics, constructive multi-centralism and polymorphism. The 7th Theatre Olympics is hosted in Wrocław, a city set in the heart of Europe, the crucible and crossroads of cultures. The motto of this meeting, The World as a Place of Truth, invites us to recall the previous questions asked about theatre and to pose new ones.
Theodoros Terzopoulos
Chairman of the International Committee of Theatre Olympics

‘I can take any empty space and call it a bare stage. A man walks across this empty space whilst someone else is watching him, and this is all that is needed for an act of theatre to be engaged’, writes Peter Brook in The Empty Space, published in 1968. That same year, Eugenio Barba and Jerzy Grotowski prepared Grotowski’s Towards a Poor Theatre.
The theatre becomes a meeting place, forever.
Today, such a description of theatre seems obvious, even trivial. But for me, it remains basic, fundamental. It is a dogma, a profession of faith:
in theatre as a medium and in the mediation of theatre;
in theatre as a place of human, and thus social, transformation;
in theatre as a liturgy of memory;
in theatre that provides a stage for human experience.
This stage begins beneath my feet and is perhaps no bigger than the patch of ground I’m standing on. On this stage, which is condensed into a rhythm of speech, a harmony of tones, a pulse of dance, I express myself before myself and before all those who surround me: the partners, actors, viewers, witnesses. This stage, which begins inside my body, runs through the buildings called theatres, corridors and streets, train stations and fields. Before it comes back, it sometimes (very rarely) manages to touch the horizon.
I believe in a theatre that is a shared space where individual citizens of a polis are fused into a single gaze. Theatron (Greek theaomai = ‘I watch’, ‘I look’) – the phenomenon of a shared gaze/perspective – re-creates the assembled community, as it did when the theatre was born and helped build democracy in Athens.
I believe that from theatre stages we still hear the most emphatically stated questions about a multicultural European identity, tolerance and a shared vision of a sustainable open society. That today, as when it was being born, the theatre becomes a space for a dynamic description of the equally dynamic changes in the modus of our lives. And that in this description, which involves the entire human being, the theatre errs far less than other media. I believe in a theatre that, by describing humankind in action, continually re-creates humankind. In this sense, it remains the foundation for our self-understanding and the cornerstone of democracy.
This is why the motto for the theatre programme of the European Capital of Culture, and of the Theatre Olympics, are Jerzy Grotowski’s words: ‘The world should be a place of truth’.
I believe the world should be a place of truth – the theatre already is.
Jarosław Fret
Artistic director of the Theatre Olympics, Wrocław 2016

The Grotowski Institute is a city-funded institution that presents arts events – primarily in the fields of artistic work, research and education – such as conferences, seminars, theatre performances, artist residencies, festivals, concerts, exhibitions and workshops. In addition to presenting the work of leading international theatre practitioners, we support emerging artists. The Institute’s publishing programme includes books, periodicals and films, both in Polish and in English. We also run grotowski.net, a website devoted to Jerzy Grotowski and the Laboratory Theatre.

The home of the Grotowski Institute is a historic venue. At the close of 1964 the Laboratory Theatre of the 13 Rows moved from Opole to Wrocław, to a space located on the second floor of the building at Rynek-Ratusz 27, where The Constant Prince (1965) and Apocalypsis cum figuris (1968/1969) premiered. After the company’s dissolution in 1984, the space was used by the Wrocław Second Studio directed by Zbigniew Cynkutis. 1989 saw the foundation of the Centre for Study of Jerzy Grotowski’s Work and for Cultural and Theatrical Research, which was later transformed into the Grotowski Institute. The change of the name and charter in December 2006 marked an expansion of the organisation’s programme. The new name refers to that of Grotowski’s theatre in Wrocław between 1965 and 1984 – the ‘Institute for Studies of Acting Method – the Laboratory Theatre’ (abbreviated to the ‘Actor’s Institute’ in 1970).

The historic home of the Laboratory Theatre now houses: the Laboratory Theatre Space, the Cinema Room, the Archive and the Reading Room. CaféTHEA was opened nearby (Przejście Żelaźnicze) in 2012. A second venue of the Institute, Na Grobli Studio, opened in April 2010 at ul. Na Grobli 30/32, in the former home of the Wratislavia Rowing Association. Na Grobli includes the Studio Space, four rehearsal rooms, guest rooms and a riverside Summer Stage. Brzezinka, the forest base of the Grotowski Institute, is an isolated building near the village of Brzezinka, close to Oleśnica, 46 kilometers north-east of Wrocław. From 1971 to 1981 it was home to Grotowski’s work on Paratheatre and Theatre of Sources. The building is mainly used for holding workshops and work sessions.

European Capital of Culture Wrocław 2016 is a programme spanning several years, set to culminate in 2016. It encompasses 400 projects with about 1000 arts events, festivals, concerts and events in urban settings in addition to a host of outreach, arts and educational programmes for residents of Wrocław and Lower Silesia, as well as a number of nationwide and international projects. The ECC programme was designed by its curators for various arts (architecture, film, literature, music, opera, visual arts, theatre and performance), all of whom are united by a common vision of the city – a vibrant cultural forum.

Events presented by the Grotowski Institute are an important part of the theatre programme of the European Capital of Culture Wrocław 2016, curated by Jarosław Fret. They include both ongoing projects launched several seasons ago, such as BodyConstitution, VoicEncounters and the Open University of Research, and new ones, created specifically for the ECC Wrocław 2016: the Alternative Theatre Academy and More than Theatre, which includes a semester, a practical seminar and performances. Between 14 October and 13 November 2016, Wrocław will be home to the Theatre Olympics, a unique theatre festival.