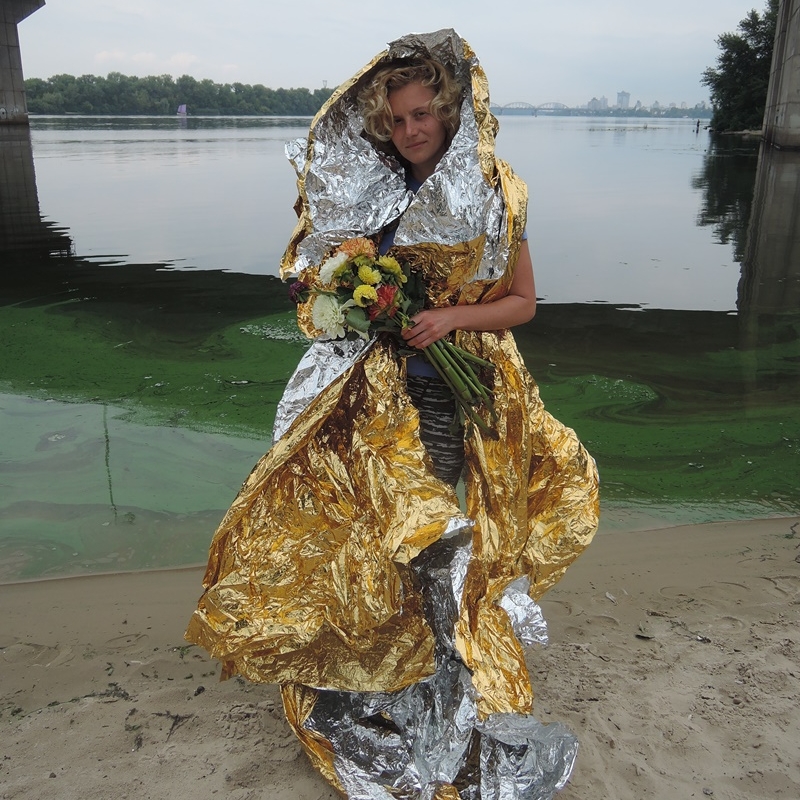 Maria Kulikovska is an artist, actionist, architect, and curator born in the city of Kerch in Crimea (1988). She has studied at the National Academy of Fine Arts and Architecture in Kiev (2013) and the Royal Institute of Fine Arts in Stockholm (2016). The political reality in Ukraine led Maria to seek solidarity in Europe, where she met the Swedish artist Jacqueline Shabo, her partner and collaborator in the ongoing marriage/performance project Body and Borders (since 2014). Her recent work includes numerous performances, actions, happenings, sculpture objects, installations, and architecture structures, such as Sweet/ss Life (2012), Soma (2013), 254 (2014), White (2015), #onvacation (2015), Happy Birthday (2016), War and Pea$e (2016), and The Migrant Parliament of the Displaced: The Raft CrimeA (2016), and she has performed and exhibited internationally, in several European countries. Her sculpture projects Army of Clones (2010) and Homo Bulla (2012) were destroyed by occupying forces, in Donetsk, following the annexation of Crimea by Russia in 2014. Since 2015, she has founded the art collective Flowers of Democracy, and co-established the School of Political Performance with the Visual Culture Research Center in Kiev, Ukraine.