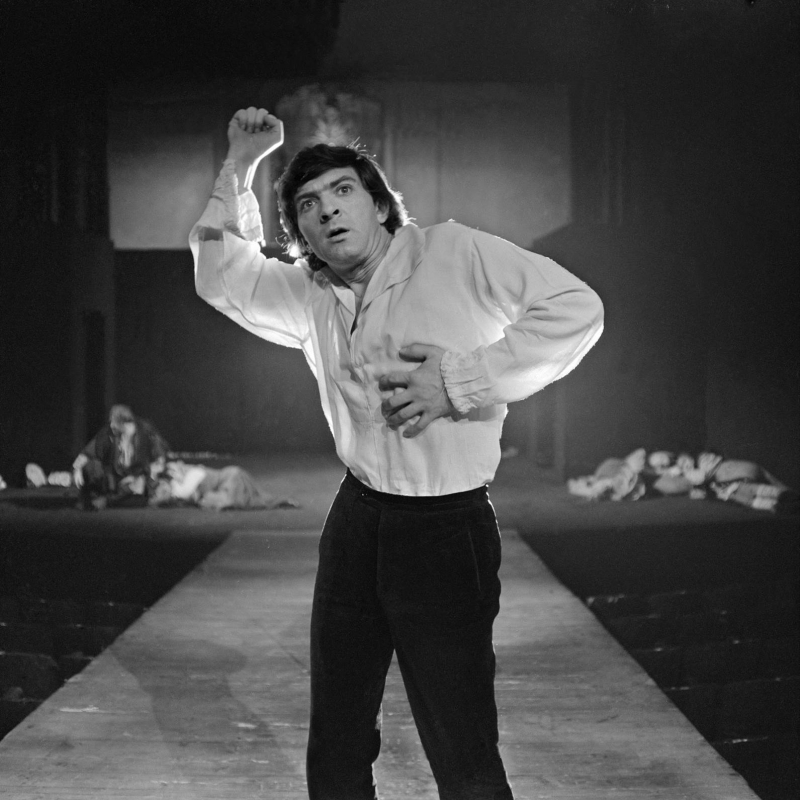 Jerzy Trela is one of Poland’s most eminent actors. After completing secondary school in 1961, he began his stage career at the Nowa Huta Puppet Theatre. In 1964, he joined the Groteska Theatre, Kraków, and then, in the mid-1960s, co-founded the STU Theatre in Kraków. Following his graduation from the PWST National Academy of Theatre Arts in Kraków and a one-season stint with the Bagatela Theatre, he made his debut at the National Stary Theater, Kraków. His performances as Gustaw-Konrad in Forefathers’ Eve (Dziady) and Konrad in Wyzwolenie (Liberation), both directed by Konrad Swinarski, have gone down in the history of Polish theatre. Jerzy Trela has worked with the greatest Polish theatre directors: Jerzy Jarocki, Jerzy Grzegorzewski, Andrzej Wajda and Krystian Lupa. He has won dozens of awards for his theatre and film work. 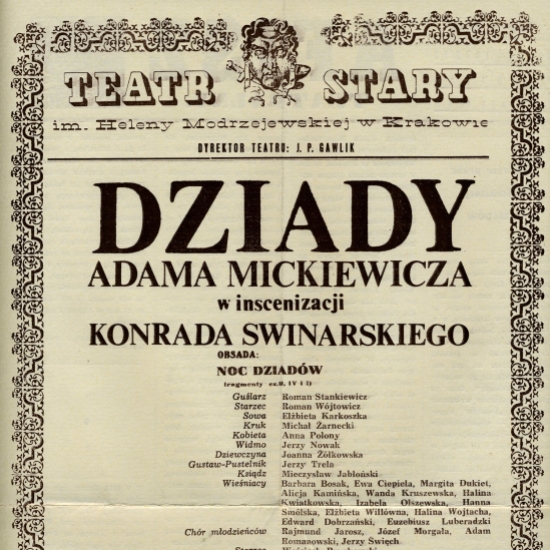