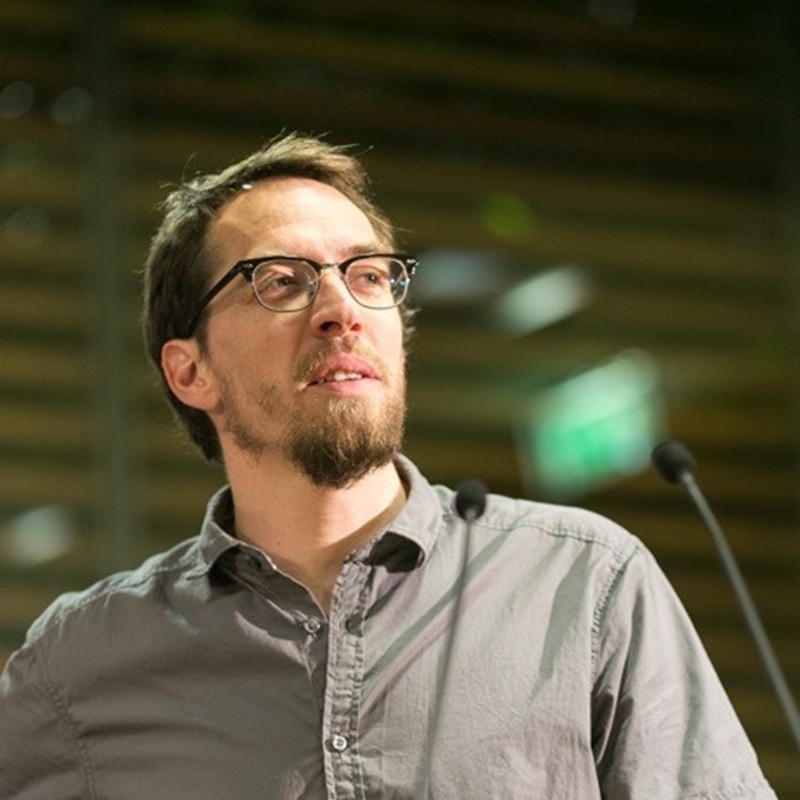 Aljoscha Begrich is a dramaturg and stage designer, born in East Berlin (GDR) in 1977. He studied History of Arts, Philosophy and Cultural Studies in Berlin, Buenos Aires, and Mexico City. After working as stage designer in different theatres such as Staatstheater Stuttgart and Oper Dortmund, in 2010 he started working continuously on different projects for Rimini Protokoll, recently on Volksrepublik Volkswagen in Schauspiel Hannover, and on Remote X, which was presented in over 30 cities worldwide, including in Paris and Moscow. Since 2014, he has also been dramaturg at the Gorki Theatre Berlin and collaborated with artists such as Hans Werner Kroesinger and Lola Arias.