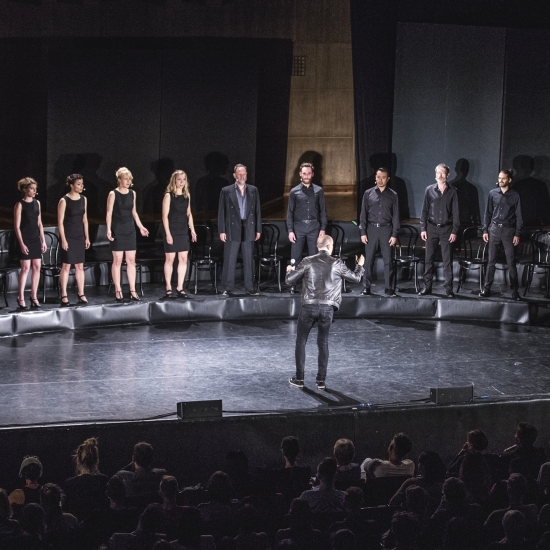 Songs of Lear is a non-linear story that shows the world of subtle energies and rhythms that govern Shakespeare’s tragedy. The ensemble members have chosen crucial scenes from King Lear to weave a story out of gestures, words and music. Each song is a starting point for another ‘dramatic poem’. Here the music becomes character, relationships and events.

Songs of Lear had its international premiere during Fringe Festival in Edinburgh in August 2012, where it received three prestigious awards: Scotsman Fringe First, Herald Archangel and Musical Theatre Matters Special Award. Songs of Lear was also enlisted on the very top of The List as the highest ranked performance during the 2012 festival.

Supported by Polish Ministry of Culture and National Heritage, as part of the Culture Inrastructure Development Programme