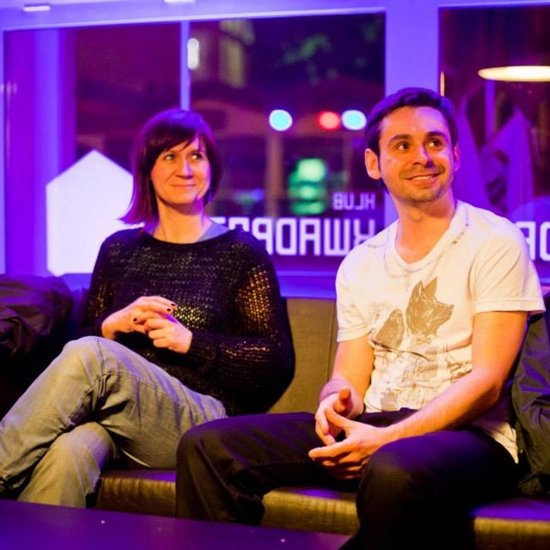 Score (noun) – the musical notation of a vocal, instrumental or mixed piece in which parts/voices are arranged in a specific fashion, forming a vertical structure. Reality (noun) – everything that exists objectively, the real world, including both the observable and the notional. Scores of Reality (trademark) – Body Snatchers Theatre’s 24th original show, directed and performed by Katarzyna Pawłowska and Maciej Adamczyk.

The audience are ushered into a small space and put to the test of darkness. A thin line is projected unto the back wall of the stage, which, with time passing, bulges out and starts to move, turning into a sort of wave emission. Exposed to an almost two-hour session of positive energy emission, the audience can experience the performers’ charisma and the connections between those present (both spectators and performers).