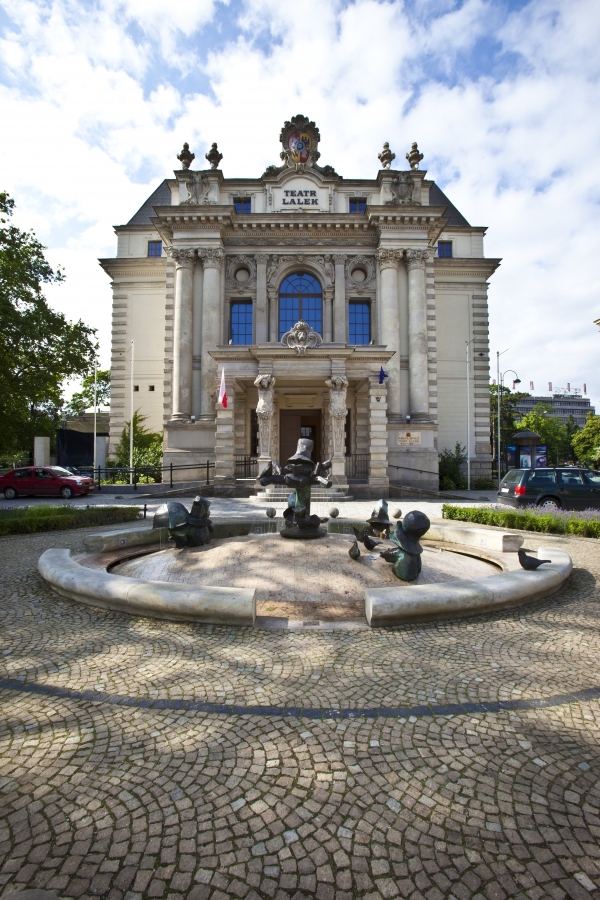 Wrocław Puppet Theatre is located in Teatralny square 4 in Wrocław, at the site of the former merchants association known as the Zwinger. It was designed in the classicist style by Carl Gotthard Langhans in 1767 as a marksmen brotherhood’s club. The present building in the neo-baroque style was designed by the contest winners, Paul Kieschke and Richard Bielenberg and built in the years 1892–1894. After World War II the building became the seat of the Polish-Soviet Friendship Society and since 1965 it served as the seat of the ‘Chochlik’ National Puppet Theatre directed by Stanisław Stapf, i.e. the current Wrocław Puppet Theatre. In 1999 the city hall has agreed to give the building to exclusive operation of the theatre. At that time the interior has undergone a renovation, adapting it to the needs of the new host. In 2006 a fountain with dwarves, designed by Pawel Pawlak was built in front of the main entrance. In 2010 the adjacent park was renovated in the style corresponding to the one of the pre-war city garden.