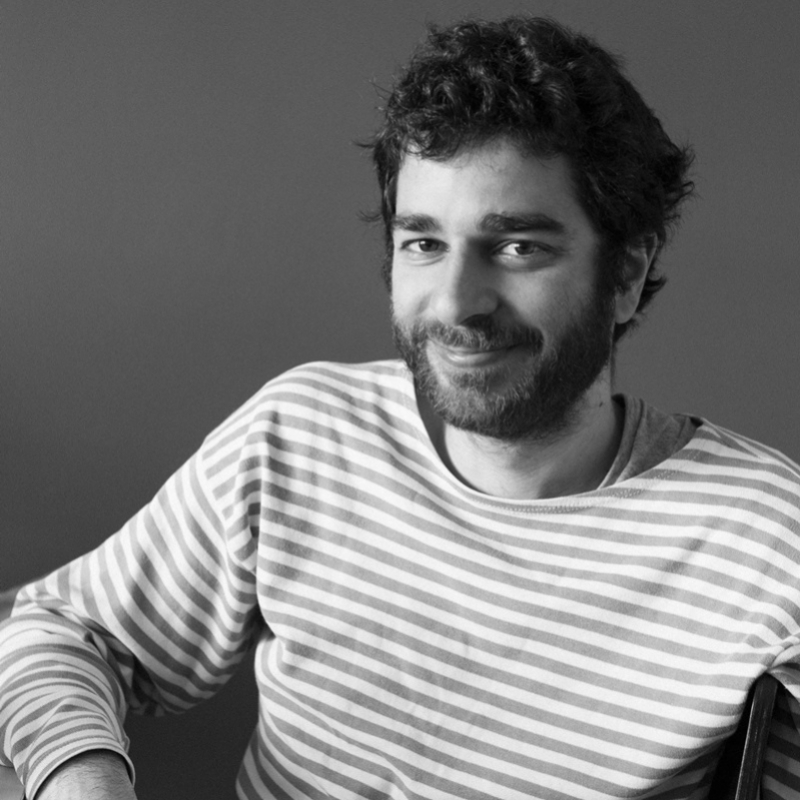 Vahan Kerovpyan (born 1985, France) studied Armenian percussion with Edmond Zartarian and Persian percussion with Madjid Khaladj, and taught himself piano as a child. Throughout his childhood and until 2011, he has been part of Mgnig association, which valorises bilinguism and Armenian speaking through creative expression. There he developed his interest in theatre, traditional dance, writing, pedagogy and illustration. While finishing high-school and during his university years (History and Armenian Studies), he was part of several musical projects including the Armenian liturgical choir Akn, Armenian traditional music group Kotchnak, and several rock, reggae and soul bands. He also accompanied musicians and storytellers as a percussionist. He worked with Paris-based theatre companies Un Soir ailleurs and L’Enjeu a des ailes, as well as the dance company Kerman, based in Toulon, France. For three years he worked in Péniche Anako, a Parisian venue which hosts concerts, exhibitions, films, conferences and other events about cultures of all parts of the world. In 2012 he joined Teatr ZAR’s project Armine, Sister, in Wrocław, Poland. The same year he co-founded the music band Collectif Medz Bazar, which interprets songs from Middle-Eastern traditions as well as its own compositions, and performs worldwide. He moved to Porto, Portugal, where he joined various theatre projects as assistant, musician, musical advisor and actor. He composes soundtracks for animated films by Maral Kerovpyan and for dance performances by Sébastien Ly from Kerman company. He leads workshops related to rhythm and bilingualism, using elements of theatre, clown and group games. He is the co-creator of the duet Lav Lur and member of Clown Laboratori Porto.