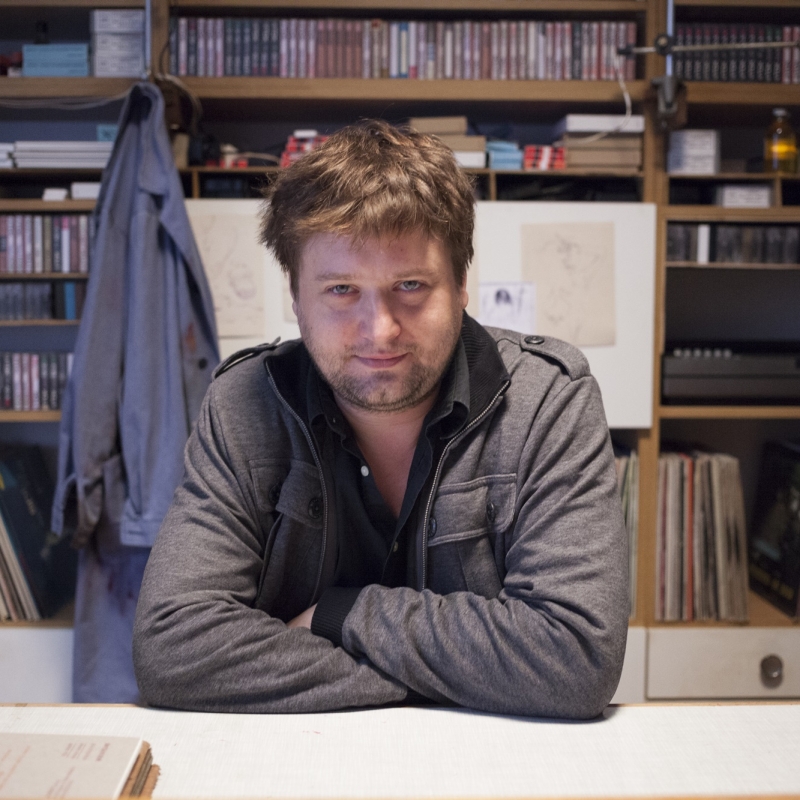 Robert Bolesto (born in 1977 in Kętrzyn) made his debut in 2001 with the short story Gorący dzień in Rzeczpospolita daily newspaper. In 2002, he completed a two-year creative writing course at the Collegium Civitas in Warsaw. In 2003–2006, he collaborated with the Drama Laboratory, a project currently running at the Dramatic Theatre in Warsaw. In 2005, Krzysztof Rekowski staged Bolesto’s 147 Days at the Zygmunt Hübner Theatre (Teatr Powszechny) in Warsaw. In the years 2006–2007, he was the literary director there. His plays include O matko i córko!, Zabić Bonda, Lovecraft, Ayrton Senna da Silva. He has published short stories in Lampa magazine and texts in Machina and Dwutygodnik. His screenwriting credits include Hardkor Disko (2014), directed by Krzysztof Skonieczny. Writer for The Lure (2015), directed by Agnieszka Smoczyńska, and The Last Family (2016), directed by Jan P. Matuszyński.