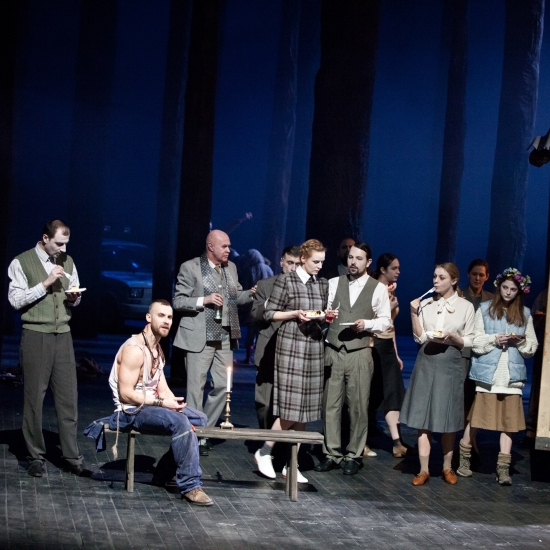 The Temptation of Quiet Veronica was created in 1997 as a second part of a diptych entitled The Lady and the Unicorn at Polski Theatre in Wrocław. Krystian Lupa explored in it the mystery of femininity. Basing on Robert Musil’s short story Lupa built a study on myths rooted in culture and clichés of love and women condition passed on from generation to generation. The title character, Veronica, is a young girl restricted by cultural standards and at the same time wary of nature. She discovers love to a man but senses that it would never reach physical satisfaction. Suppressed feelings burst out again in collision with a lustful and impassive seducer. Rich in meanings, very erotic, almost somnambulistic performance with great acting by Ewa Skibińska as Veronica and Krzesisława Dubielówna as Auntie and disturbing music by Jacek Ostaszewski.

In 1999 the performance was adapted by Polish TV Theatre. In 2009 it was revived at Polski Theatre in Wrocław specially for the International Theatre Festival ‘The World as a Place of Truth’.